Where We Have Come From

“The term forgotten child’ no longer applies. These children are winning a rightful place in Society. What is our aim in teaching? Happiness first, all else follows. What do we want for these children? – to be accepted for who they are.”

Jean Burke, teacher at the Dawn School in her retirement speech 1969

The early days in the 1950’s were difficult. Families were left to their own devises to support their child with a mental handicap. The professional community offered little in terms of help and more often then not discouraged already exhausted mothers and fathers. The only option was to take matters into their own hands – to beat on bureaucratic doors and challenge the system heretofore dominated by institutional superintendants.

By 1958, The Canadian Association for Retarded Children was founded, bringing together into a national organization nine provincial associations and 116 community associations. Parents no longer wished to hide their mentally handicapped children away in shame; they admitted to their childrens’ handicap and, as individuals and associations, they began to demand community services for their child and for themselves. Parents also began to develop special schools because children with mental handicaps were excluded from regular public schools.

The Semiahmoo House Society story, which can be seen as a microcosm of this community living movement, begins with the development of one such school. In 1957 the Boundary Society for the Retarded formed and further split into the Surrey Society for the Retarded and the White Rock Society. The White Rock Society created the Dawn school and held its first class in 1958 in a small Rotary Club house near the centre of White Rock. In 1959 the school moved to the Thrift Elementary School and was ahead of its time when the students of the Dawn School naturally started playing with the other students at the school.

“The results and the changes that we see in people even in a few months, have been astounding, beyond belief. You know you hear the propaganda…but when you actually see it happen – it’s just incredible.”

It became clear that the children of the Dawn School would not be children forever. There were many children reaching adulthood in the lower Fraser Valley and services for these adults began to take form. In 1964, the White Rock Society joined forces with 4 other groups of the Association for Retarded Children of BC to provide facilities and services for adults with disabilities. One such facility, the Ladner Farm, provided both residential and day services.

“It was because of the Go-Getters and their push to be a part of their community that Semiahmoo House Society even started. All they wanted was a normal life.”

The United Nations Declaration on the Rights of the Mentally Retarded was created putting pressure on local governments to close institutions and provide alternate services. The BC provincial government began a Regional Boarding Home program with the objective of placing 1500 residents from institutions back into communities around the province. These boarding homes were licensed by the government and funded based on the level of care provided. The White Rock Society purchased land and a duplex and in 1976 Fir Acres Estates opens and becomes home to 8 adults with disabilities. They all shared the Dawn School as their alma matter.

Meanwhile, the Canadian Mental Health Association was running an informal social program for people with mental handicaps and mental illnesses. They used an old bus depot owned by the White Rock municipality. The depot was known unofficially as Semiahmoo House. Based on the lack of funding for boarding homes, there was often very little for the residents to do. 6 White Rock Boarding Home residents decided that they wanted to plan their own activities, parties and bus trips. A government case worker (our very own Janie Noftle) facilitated the first meeting of these residents and the Go-Getters Social Club was formed. The Go-Getters were inclusive of all people with mental disabilities and an environment of camaraderie and mutual support developed. Fred Switag, a self-advocate, was elected President.

Based on the success of the Go-Getters, the Semiahmoo House Association was formed with the purpose of administering government funds and providing accountability for the programs offered. The Go-Getters eventually placed their fate in the hands of the new association which was directed by a board which consisted of boarding home operators, government workers and community citizens.

In 1978, the White Rock Society approached the Semiahmoo House Association about the possibility of amalgamation. Together the two societies formed the Semiahmoo House Society – providing “one-stop” services to people with mental disabilities; the Achivement Centre and Go-Getters club for day programs and the Fir Acres Estate for residential services.

“We are all working to create a better world! Well that sounds presumptuous, but we are working, and we are creating, and we are doing better in our corner of the world.”

In 1983, Semiahmoo House Society purchased the old Surrey Fire Hall on 24th Avenue. That summer was spent in clouds of dust as $150,000 worth of renovations were done to transform the fire hall into the Achievement Centre.

The 1980’s was a decade of beginnings, of frustrations and of successes. It was an ongoing challenge for the board to supply more individual programming. The funding was just not available. The Achievement Centre offered life skills training, recreational programs and offered work opportunities. Holidays were celebrated with dinners and dances, where board members often volunteered to entertain and serve the clients. Clients paticipated in events like Operations Trackshoes in Victoria and even went to exhibitions like the Expo ’86. Clients were beginning to feel a part of the community, but still had a long way to go from the point of view of normalization, human rights and fair treatment in the community.

“Something that is constant at Semiahmoo House is change.”

The programs offered underwent significant reconstruction in the late 1980’s and early 1990’s. In 1992, new programs were developed such as the Supported Employment program, a retirement program, a community network program, an enclave program and a Skills Enrichment program. The early dreams of the Society started to become reality when “you walk into the Achievement Centre and no one is there.” They are all out and about in the community working, playing, learning and supporting the community.

In 1996 The Family Support Program is launched to assist families in negotiating systems that affect their family member who has a developmental disability. The Semiahmoo Legacy Association is formed to benefit persons with a developmental disability living in the Semiahmoo Peninsula. The Community Care Network is established in 1998 to help families and individuals find community based solutions to their needs. In 2000 programs at the Training and Personal Development Sentre are expanded through the introduction of LifeQuest, a pre-vocational program for recent high school graduates with developmental disabilities who need maturity to acquire a vocation.

“So, here we are at the end of a momentous year. 2003 will always be as pivotal for us internally, and on the larger provincial stage. The move to our new home was a symbol of profound changes in how we support people and of changes to community living in British Columbia. Now we are privileged with the trust of going into 2004, 05, 06, and beyond as people committed to supporting each other to successful life as full citizens.”

In January of 2001, Semiahmoo House Society contracted with the Greater Vancouver Transportation Authority to provide HandyDART services in the South Surrey/White Rock and Langley areas.

In 2001, Semiahmoo House Society began a capital campaign to raise funds for a needed new building facility. The old fire hall became full of rot and mold and could no longer be used for programs and services. Programs were moved to temporary locations until a new building could be built. By 2002, construction began and in March of 2003 we moved into our new centre.

In 2003, our Training and Personal Development Centre changed its name to the Learning Centre and also changed its program structure to what it is today. Click here to read about the Day programs offered at Semiahmoo House.

The future is bright for Semiahmoo House Society, and our history has developed us into who we are today and who we will become tomorrow. 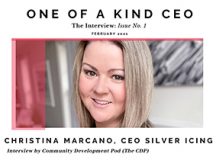 One of a Kind CEO 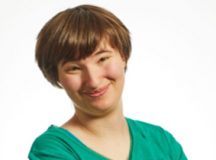 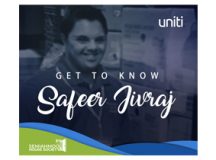 Get to Know Safeer Jivraj!